Posted on February 9, 2019 by dcwestcott 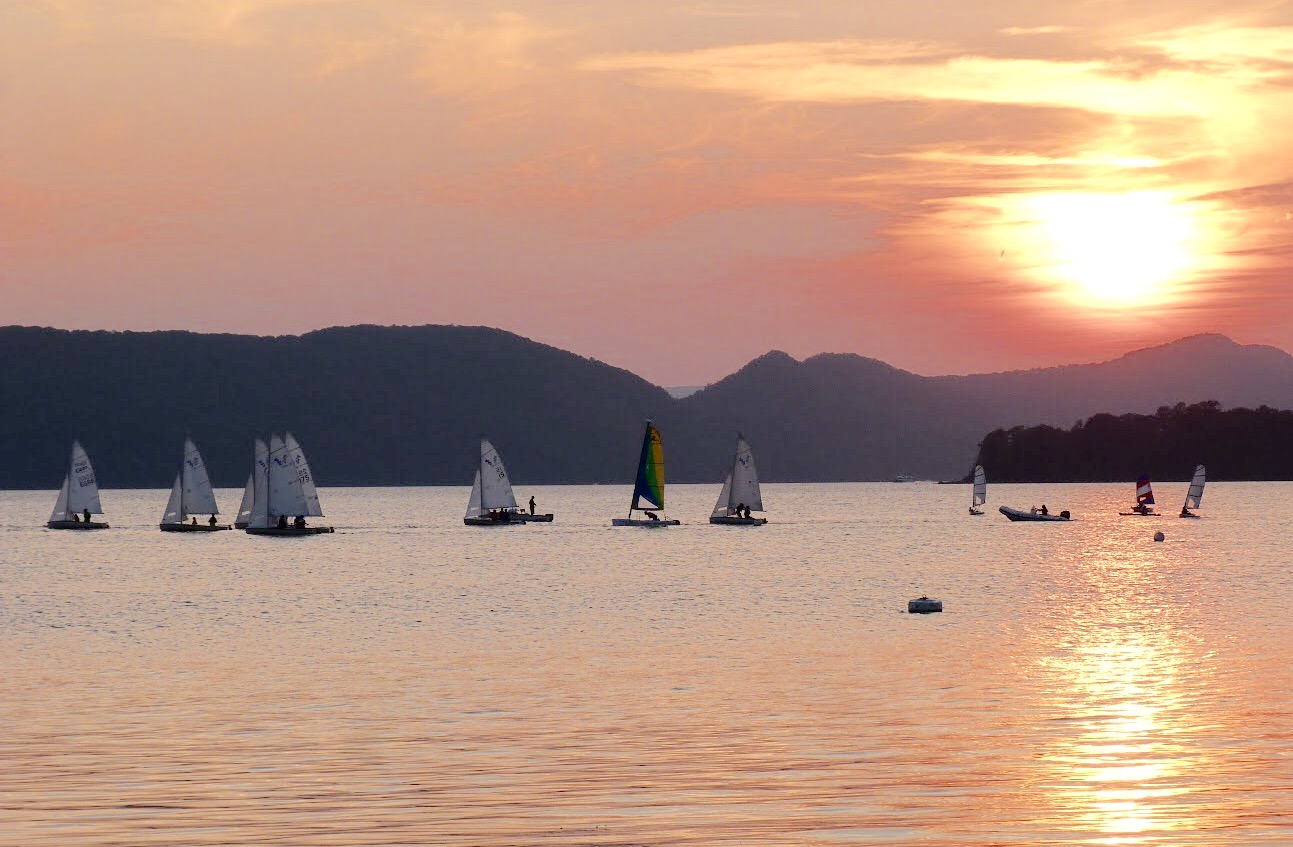 You’ve heard the sentiment that nothing lasts and nothing is enduring.  There are at least two exceptions right here on the Hudson River.   Shattemuc Yacht Club which is close to turning 140 years old, and its Sailing Academy is celebrating its 50th year

The Shattemuc Sailing Academy officially opened its doors in 1969 and has taught over 350 youngsters to sail at all levels.

We recently spoke to Guy May, a former student and the Director of the Shattemuc Sailing Academy for close to 25 years, and a number of former and current Sailing Academy members about what has made the Sailing Academy successful for so many years.  Here’s what they had to say:

“What I remember when I joined the Sailing Academy was complete freedom.  We would arrive at 8 in the morning and leave after five, spending the day between our boats, the pool and the clubhouse, which was an old Circle liner at the time,” said Guy, who joined in 1973. 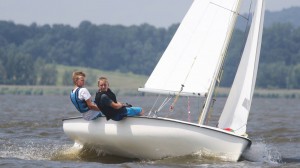 “I was an SYC sailing academite starting in 1971….I was 9, turning 10 that summer. I returned every summer until the summer that I turned 21.  I couldn’t wait to learn to sail as my mom had,” said Vicki Arbitrio, a current SYC Member.

“When I joined the academy when I was 8 or 9 and I was new to the club, new to the sport and knew NO ONE.  Now 22, it was well worth the stay because the instructors were passionate about what they did and truly made it fun to learn. They created a safe environment where I was able to have fun with friends, learn from my mistakes, and always want more,” said Tara Bergstom, the most recent Director of the Academy. 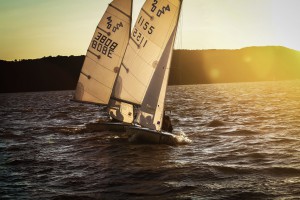 “The academy’s relatively small size and its warm, friendly atmosphere combine to make it a unique experience,” said Sam Goldsmith, a 2013 graduate.  “There are different families every year, but when the same core group comes back each year for the better part of a decade, it’s like a family, which makes it something very special.” 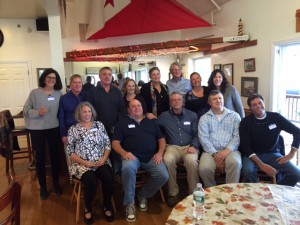 This has led to life long relationships with fellow sailors and friends.  “Your kids will make life-long friends at the Academy,” said Guy.   “We recently had our reunion with many of the people I learned to sail with and still see or keep in touch with all the time.  One of our members attended at least five weddings of people he learned to sail with.  That’s how close the connection is.”

Liz Sugg, an early member of the academy remembered, “It’s an incredible bond… a bond that has lasted 50 years. And friends that include people who I now consider as family.”

“Shattemuc is very supportive of our program and with good reason.  We know if the Sailing Academy is successful, the club will be successful”, said Bill Levi, the current Commodore.

Many of the graduates told us that the Sailing Academy had taught them a number of life long lessons.

“Sailing as a sport is something especially unique and wonderfully challenging. It always presents in situations that you have to adapt to and learn from,” said Patrick May, a Sailing Academy instructor and a second-generation member. 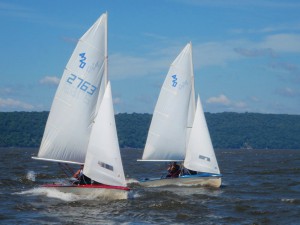 “The one life lesson I took from the Sailing Academy is a deep respect for the water and the importance of safety and being prepared,”Guy said. “I’ve never forgotten those lessons and I hope that I have passed them along to everyone who came to the academy.”

“What truly makes the Shattemuc Sailing Academy different, is that all of our instructors were at one time students in our Sailing Academy, so we pass down the lessons we learned from one season to the next as a family does.  I believe it makes for a much stronger program,” concluded Guy May.

“Unlike more physical sports, like soccer or lacrosse, sailing is accessible regardless of age or gender, allowing everyone to compete on an equal playing field. My participation in the Academy and a few kind words from the director encouraged me to join my varsity sailing team in college, where I was captain and all-conference as a crew.  This sport and the friends you make here truly are for life”, said Tara Bergstrom

One of the things that makes this Sailing Academy unique is they teach racing techniques to their more advanced sailors.

“Learning racing tactics was my favorite part of the academy. When actually applying them in a race, there was a competitive atmosphere that made me want to win, but did not make me feel ashamed if I lost.  Because of racing, my confidence and leadership skills significantly improved because of the quick, decisive actions I had to make in racing,” said Patrick May, a current SA Instructor.

“After you’ve been through the academy, you can sail with literally anyone, and it is a relaxing and enjoyable sport with a competitive side to it if you want it.”, said Daniel Setareh, a current academy member. 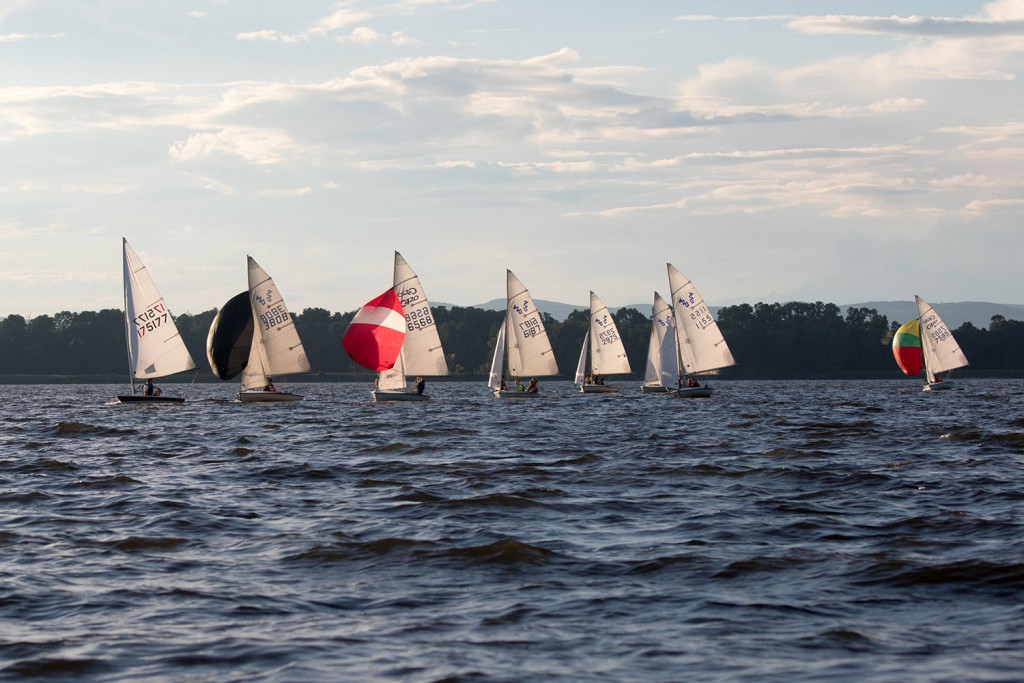 “It is a beautiful and friendly place. Not just to sail, but to rest and enjoy the water, as well as the other activities, swimming, kayaking, boating in general, walking on the beach, bar-b-qing ….even if I move away, I will be back”, said Vicki Arbitrio, a member for over 45 years.

For the sailing students, its an not a passive summer activity. You learn by doing and what you take away is a sense of accomplishment.

“As Director,” Guy May said smiling, “ my favorite moments are when I see a kid, who had never been on a sailboat before coming to the academy, fly by me in a 420 with the spinnaker up and he or she is hanging out over the railing keeping the boat at a perfect pitch and not even thinking about it.  It’s hard to imagine, but saw it all the time.”

I can doubtlessly say the Sailing Academy beneficially helped shape who I am today; it gave me confidence, leadership, self-discipline, and perseverance,” said Patrick May, a current instructor.

“I would encourage others to join because of the enjoyable atmosphere that is prevalent at Shattemuc.  Every day is another chance to laugh and learn all while sailing on the river,” said Daniel Setareh, a current Academy member.

This entry was posted in Announcements, General Club News, Uncategorized. Bookmark the permalink.